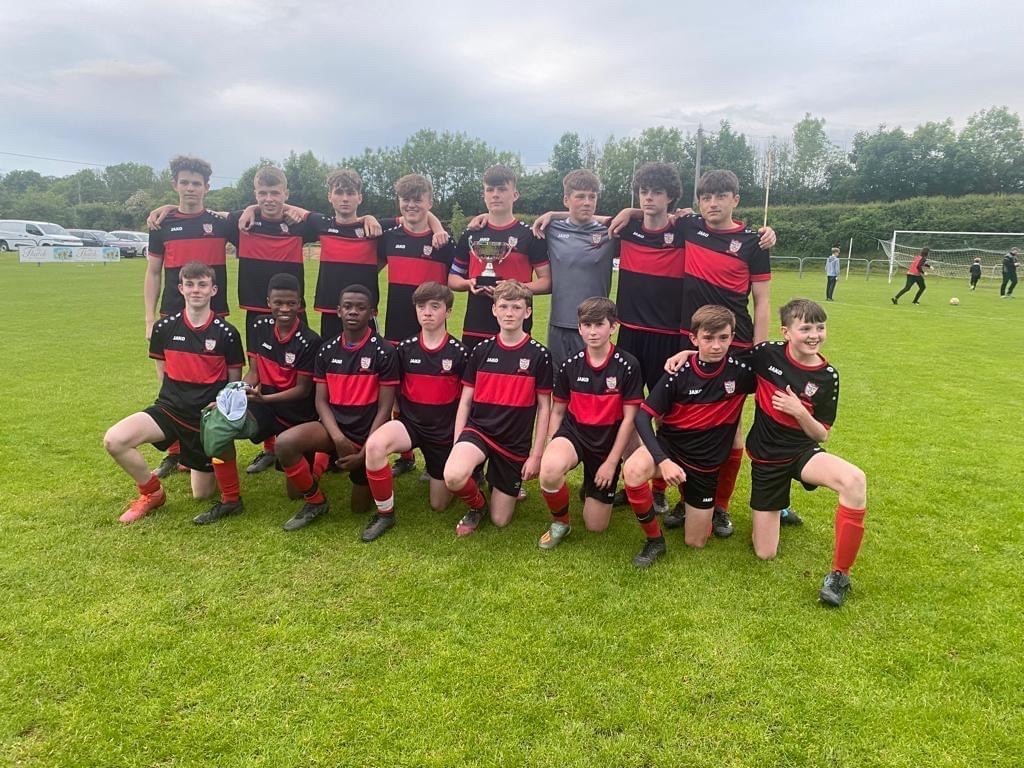 Our 14s finished off a great season Tuesday night and completing a treble when winning the Stokes Cup in splendid conditions in Birr in a very good game against a well organised Portlaoise Team who really put it up to our boys and despite us going close through Timothy and Filipe ,they managed to keep us scoreless at half time also mainly due to a strong defensive display from our Eoin Barra and JT.

The second half saw us up our game and pile on the pressure and Shay and Diarmuid were very dominant in this period .We broke the deadlock when Timothy raced clear to score after a great pass from Patryk, the second came soon after when Filipe scored from close range from a Ciano corner. Our third and final goal was a cracker from Man of the match Ciaran who ran at there defence from our half and unleashed a screamer from 25 yards out into the back of the net giving there keeper no chance.

After the game, Shay collected the cup on behalf of his team mates from match referee Brian James who's father the Cup is named after. Shay thanked Portlaoise for a very sporting game, the officials and his team mates. Capping off a treble and great season for our lads.