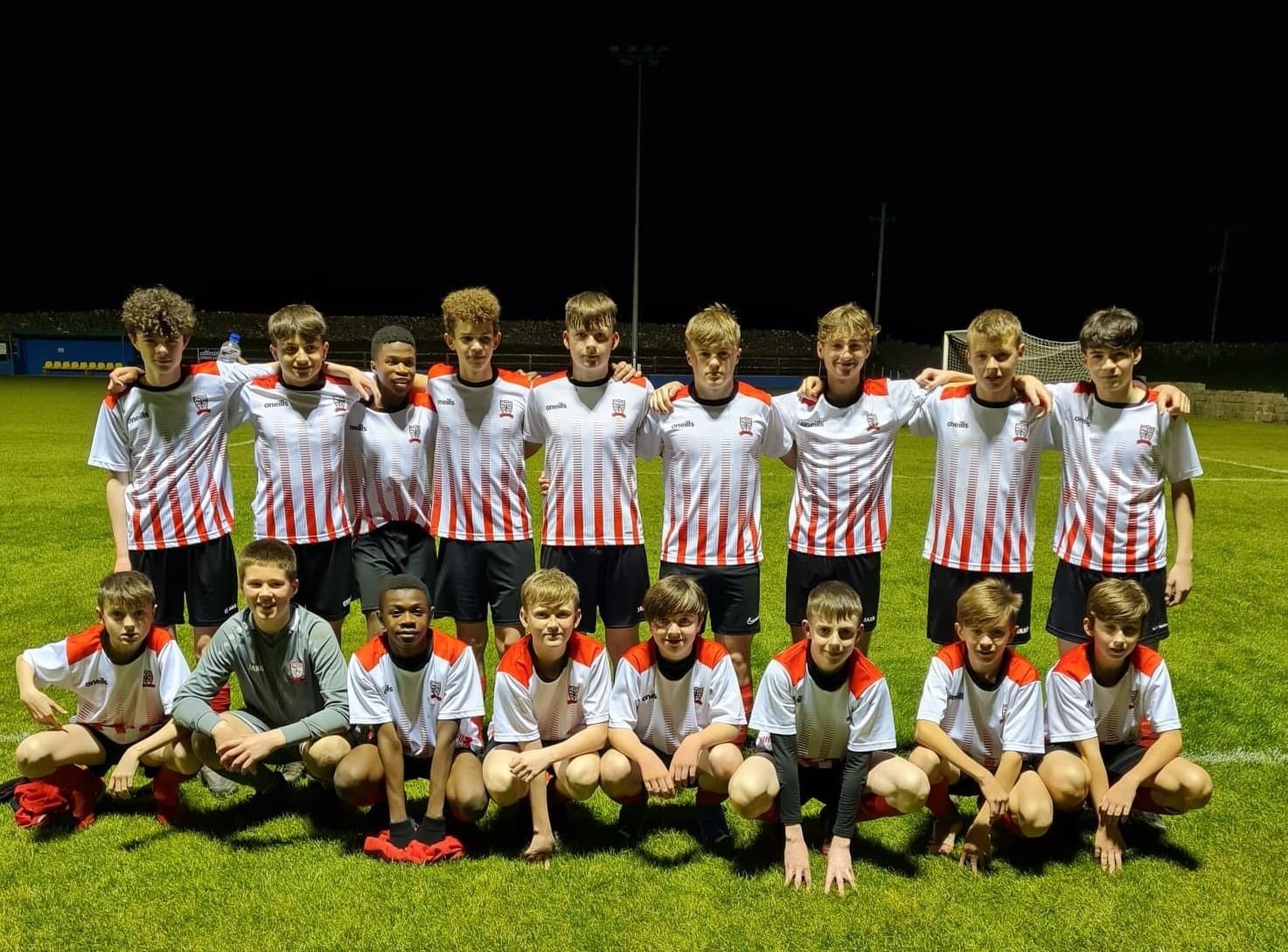 Our Under 14s Reds were in action last night in the SFAI Cup in a local Derby game against a brilliant Hodson Bay side who played there part in a 9 goal thriller in splendid conditions in Lecarrow .The Bay scored first in a very high tempo game when a mix-up in our defence from a free kick found its way into the back of the net ,but a twenty minute spell saw us score 4 goals from Ciaran Patryk Eoin and Timothy before Patrick Collins replied for the Bay but Just on the Stroke of Half time we scored a fifth to give us a 5 2 lead at the break .The second half saw Hodson Bay throw everything at us but our defence was solid with Bara and Shay in particular playing exceptionally well. Rocket got one back for HB but Dan replied for us with a Superb free kick to leave a final score line of 6-3 and see us through to the next round.